Description
The Black-blotched Schizura has a wingspan of about 1.25 to 1.75 inches. The forewing is gray with tiny white dots. The reniform spot is a black crescent within a black blotch. There is a prominent black basal dash. The hindwing is dirty white in the male and gray on the female. The larva is dark brown with a forward projecting horn on abdominal segment 1, a hump on A5 and a light brown V over abdominal segments 6 & 7.

Comments
The larvae feed mostly on the leaves of walnut and hickory but also apple, birch, oak and poplar.

Disclaimer: The content of NatureSearch is provided by dedicated volunteer Naturalists of Fontenelle Nature Association who strive to provide the most accurate information available. Contributors of the images retain their copyrights. The point of contact for this page is: Babs Padelford. 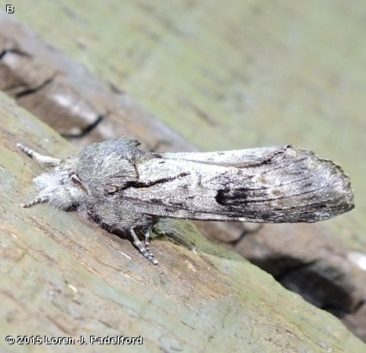 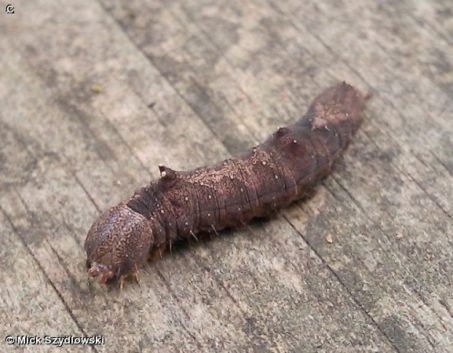