Description
The Common Carp was introduced from West Asia during the early 19th Century. Although they can reach up to 5 feet in length, those found in the Great Marsh of Fontenelle Forest are generally 2-3 feet long when mature. A young specimen, about 2 inches long, was found in the small pond at Camp Brewster (E). They lay up to 300,000 eggs at a time, but most of them are eaten by other animals or perish in other ways. Image (F) shows a common Carp gasping for air a common habit when feeding near the shore in the Spring. Carp are omnivorous, but prefer small crustaceans and other animals found on the bottom of the lakes.

Occurrence
The Common Carp can often be seen feeding and breaking the surface of the water in the Great Marsh of Fontenelle Forest, especially during the late spring. 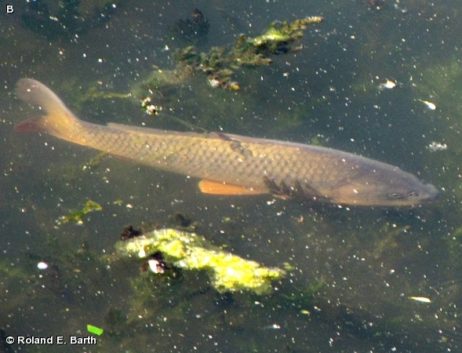 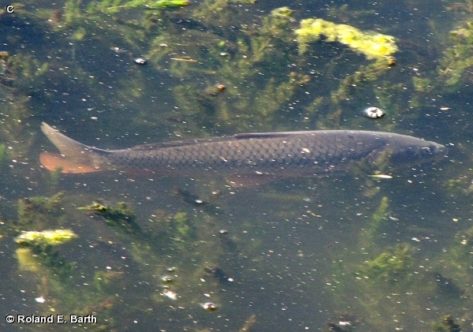 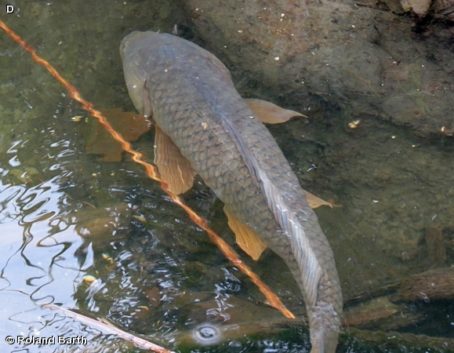 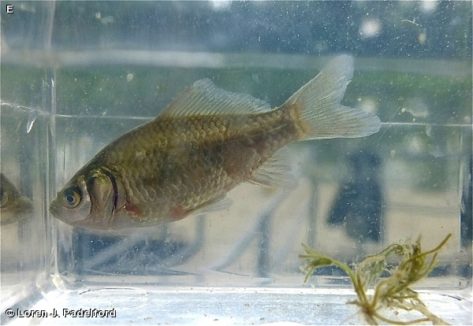 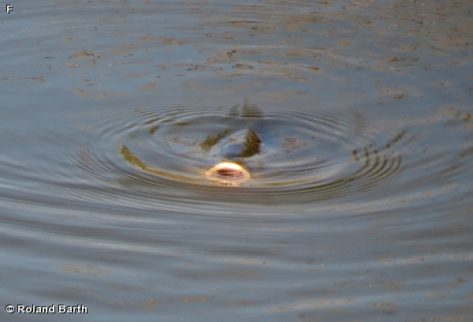