Description
7.0 inches long. The Eastern Phoebe is a medium-small sized flycatcher with a dark head, grayish upperparts, a pale throat, and whitish underparts in the spring. In the fall the underparts are yellowish. There is no eye ring or wing bars.

Occurrence
The Eastern Phoebe is a common summer resident and breeder in the Forest. It is one of the earliest flycatchers to arrive that can show up by late March. It may be seen as late as mid October.

Comments
The Eastern Phoebe frequently wags its tail. It is one of the earliest migrating flycatchers. It often builds a nest under bridges or around buildings near water. This has earned the bird a common name of “Bridge Pewee” or “Barn Pewee”. The flycatcher’s use of bridges has been a key element in the spread of its breeding range into the Great Plains. They often return to the same nest site year after year. The call is an often repeated “fee-bee” that sounds more spoken than whistled. 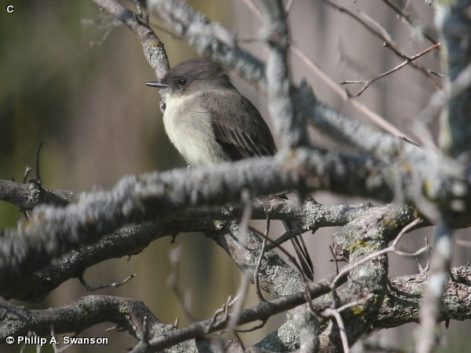 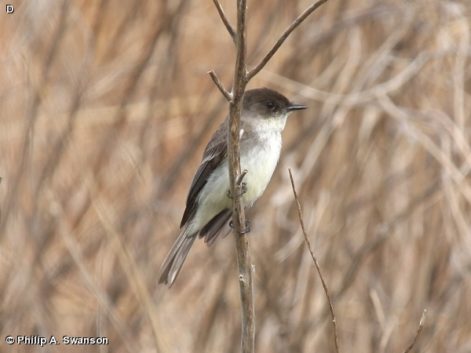 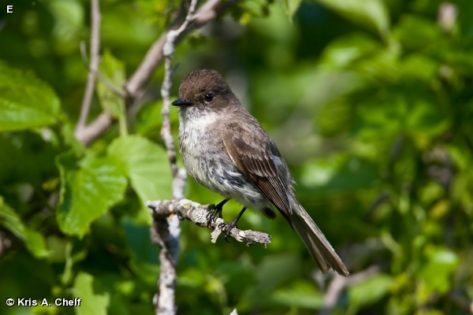