Description
The cap of this mushroom ranges from 1-4 inches wide. It appears as various shapes but is usually semicircular or kidney shaped. It is reddish yellow to orange fading with age (Photos A and C). It usually has a short and stubby lateral stem. The pore surface is white to yellow white and the pores are diamond to honey combed in shape (Photo B nicely shows the hexagonal shaped pores for which this mushroom is named).

Occurrence
This mushroom grows on decaying sticks and logs of hardwoods (occasionally on living branches) causing a white rot. It grows alone or in groups. This mushroom can be found from morel season, in the spring, until meadow mushroom season, in the fall. It is uncommon in Fontenelle Forest.

Comments
Its orange cap and diamond-shaped to hexagonal pores make it an easy species to recognize. An antifungal polypeptide has been obtained from the fresh fruiting bodies of this mushroom. The antifungal polypeptide, alveolarin, demonstrated an inhibitory action on the growth of the mycelia of several mushrooms. There is confusion as to the proper name for this mushroom. It has been named Polyporus mori, Favolus alveolaris, and so on. The most recent mycological sources, however, place the species in the genus Polyporus, and evidence from DNA studies supports this. 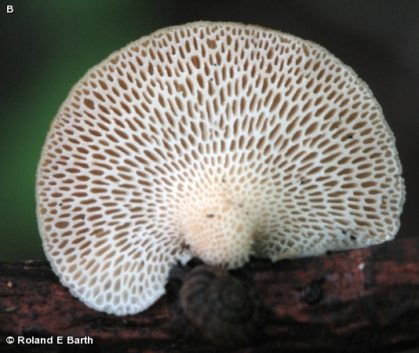 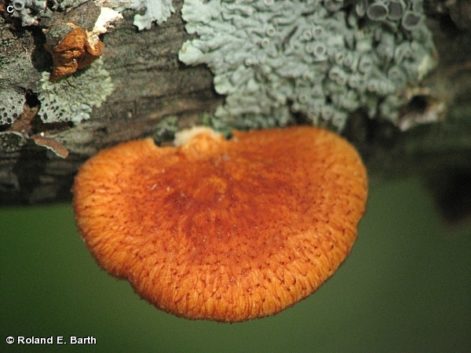 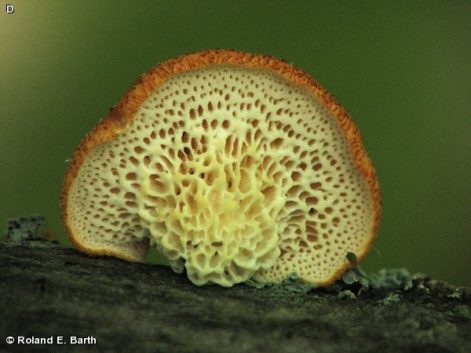 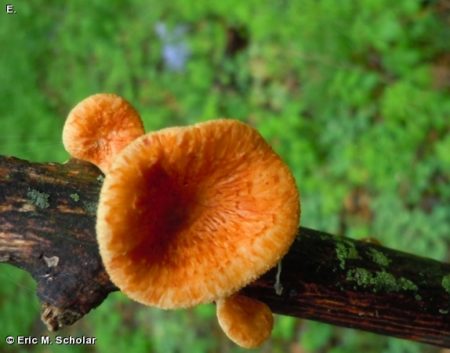 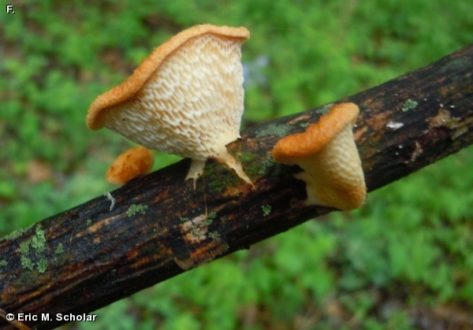