Description
These specimens were identified with the help of a web site of the University of Alberta, Canada. Though common, they are small and rarely seen as they forage for other insects on the ground, under bark or in leaf litter. They are less than 1/4 inch long, including their pedipalps (pincer-like claws), which have poison glands with which to immobilize other arthropods. But they are harmless to humans. The specimen shown in the first four images was found and photographed during a “Bioblitz” in Camp Brewster during the spring of 2013, with the help of Tony Palmer, an entomologist at the Omaha Zoo. The 5th image was found on Ridge Trail in Fontenelle Forest in August 2013. It was so small (1mm) that it had to be photographed using a microscope.

Occurrence
There are over 400 species in over 100 genera found in the US. They are difficult to identify, so we grouped them all on this page.

Comments
Pseudoscorpions can also be found in bird and rodent nests and on beetles or other large insects where they feed on mites. They disperse by hitching rides on other insects. Click here to see pseudoscorpions riding an Eyed Click Beetle. 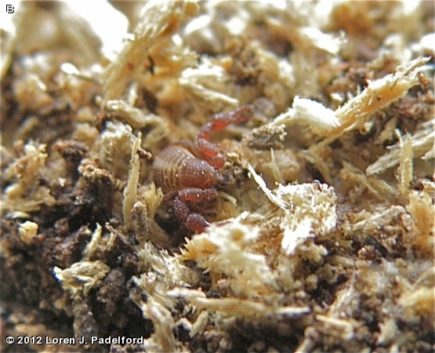 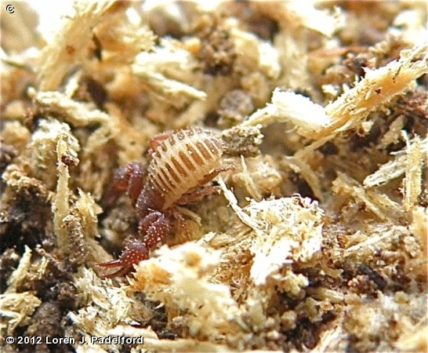 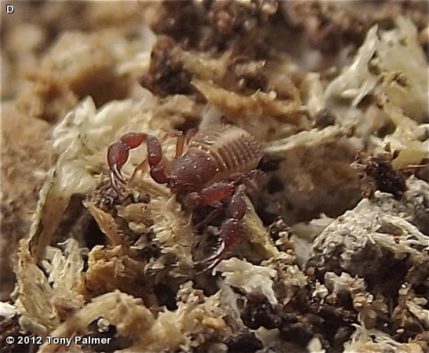 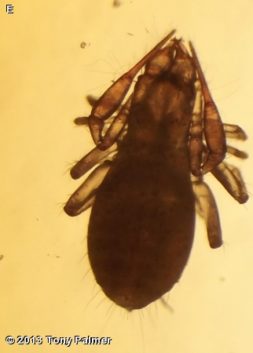