Description
The mature Red Fox grows to 45 inches in total length and can weigh 10 pounds or more. It has orange and yellow fur on top, white on its belly, chin and the tip of its tail, and black feet. Their fur is considered valuable. The similar Coyote is larger, gray, and its tail has a black tip. Our only photograph from Fontenelle Forest so far is of a fox pup in mid-October, which would make it about 7 months old then. Foxes are monogamous, with the male feeding the female while she is nursing their young in their den(s). They are primarily carnivorous, very efficient at hunting smaller mammals and birds, but they are also known to scavenge, and feed on nuts and berries.

Occurrence
Red Foxes are not often seen because they are primarily nocturnal. But they are present in Fontenelle Forest – we have no recent reports from Neale Woods. The fox shown in the first 3 images was photographed at Camp Brewster. The best chances to spot one is in winter when their beautiful color contrasts with fresh snow. They usually build their dens, with multiple entrances, in the uplands, in an open area affording a good view to watch for predators, mostly Coyotes.

Comments
We would be interested in any Red Fox sightings in either of our nature centers, especially if the location of a den is found in the spring. 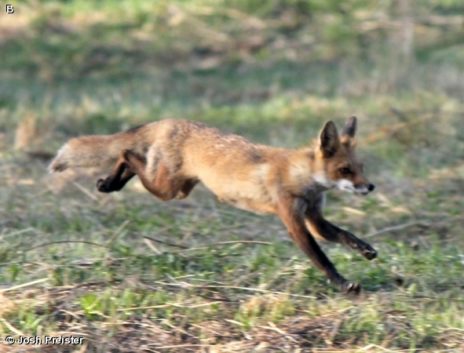 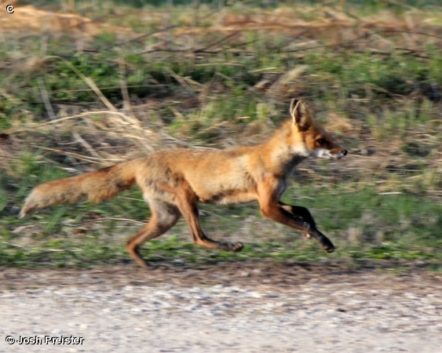 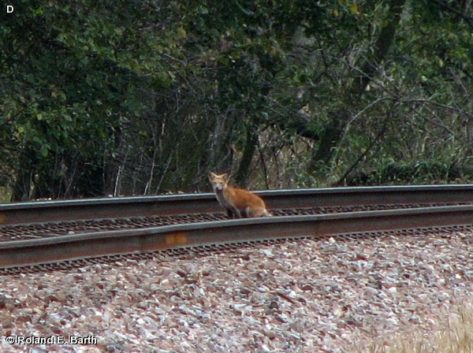