Description
When reddish in color and compressed together, the sporangia of this slime mold resembles red raspberries (Photos A and B). The cluster soon matures into a purplish and then brownish mass at maturity resembling a bunch of miniature cigars (C). Individual fruiting bodies are tiny while compressed clusters are up to 6 inches or more in length.

Occurrence
It is uncommon in Fontenelle Forest. Fruiting bodies crowded together and compressed, forming raspberrylike forms are seen June through November on rotting wood.

Comments
In Tubifera ferruginosa, the plasmodium converts into a clustered mass of sporangia which compress together to form what is called a pseudoaethalium. In such a structure, the individual sporangia still retain their identity but the sporangia are so tightly compressed together that they resemble an aethalium such as that formed by Fuligo septica or Lycogala epidendrum. 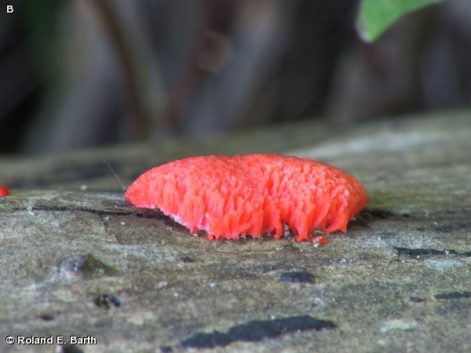 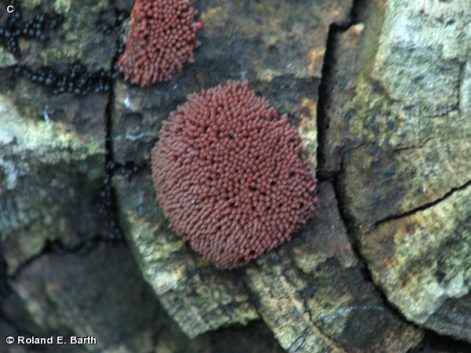