Description
Yellowish or white mass, producing a large fluffy, soft, yellowish irregular form, becoming crusty and blackish within. The mass is 1-8 inches long and nearly as wide. The flesh is white to yellow, darkening with age, becoming black, bleeding when bruised (Photo A). It loses its yellow color after about 1 day.

Occurrence
It is seen from May to October on rotten wood, litter or compost at first, migrating to live plant and soil. It is uncommon in various moist habitats in Fontenelle Forest

Comments
Also known as dog vomit slime. It is variable in size, shape and color. With age it appears crusty and cakelike when cut. Occasionally it is attacked by a purplish cup fungus. Although many slime mold species fruit on wood they do not form a penetrating and absorptive mass of hyphae in the wood substrate. Rather, slime molds form structures called plasmodia which are naked (i.e., without cell walls) masses of protoplasm which can move and engulf particles of food in an amoeboid manner. Slime mold plasmodia creep about over the surfaces of materials, engulfing bacteria, spores of fungi and plants, protozoa, and particles of nonliving organic matter. At some point, plasmodia convert into spore-bearing structures.Fuligo septica produces the largest spore-producing structure of any known slime mold. The reddish spots seen in some of the images result from breaksown of tissue. 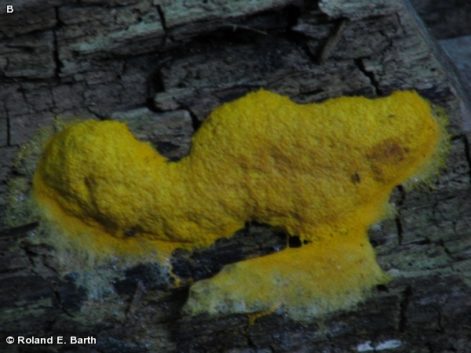 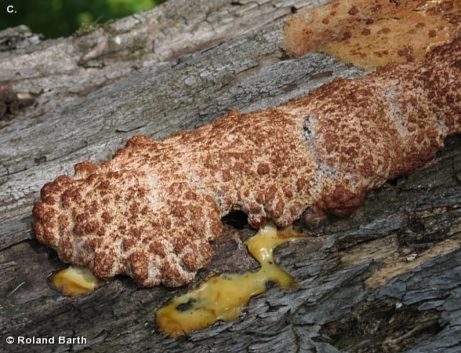 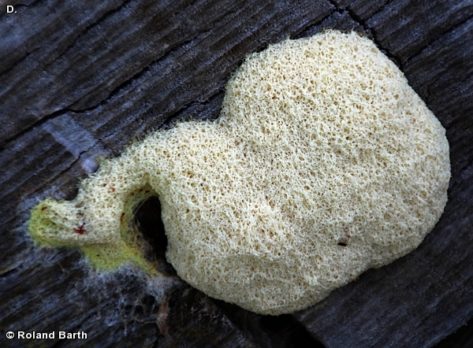 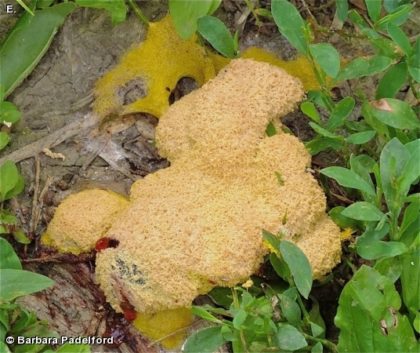