Description
White-Tailed Deer are by far the largest resident animals in our two nature centers. Males (bucks) may weigh up to 400 pounds, but usually far less. Adult females (does) weigh about 200 pounds. Both are a reddish-brown in summer and gray in the fall and in winter. Their tails are a fluffy white when raised. Does usually give birth to one – sometimes two or more – fawns in April or May. Fawns weigh about 5-7 pounds when born, don’t give off any odor and hide motionless in high grasses for the first week or so (2nd image), to be nursed by the periodically returning mother. Fawns – (first 3 images were taken in June) – stay with their mothers through the next winter. Bucks grow antlers starting in April. The velvety covering of the fully developed antlers is removed by rubbing against small trees during September. The old Buck in the 8th image was photographed in mid-August and still had the “velvet” antlers. These antlers are shed by the end of February, well after the “rut”, a period when bucks challenge each other and mate with the does in November or December.

Occurrence
White-Tailed Deer are too common in Fontenelle Forest and somewhat less so in Neale Woods. They do not wander far from their relatively small territory. They can often be seen and most are quite used to people. But there are no guarantees that one or more may be seen at a particular time or place. Quietly walking the trails early in the morning increases the chances of spying one.

Comments
Because the deer have no natural predators in our two nature centers, their numbers are kept within bounds with an annual controlled hunt. Without such controls, native vegetation, and many other life forms which depend on it would be under extreme pressure from browsing by the deer. 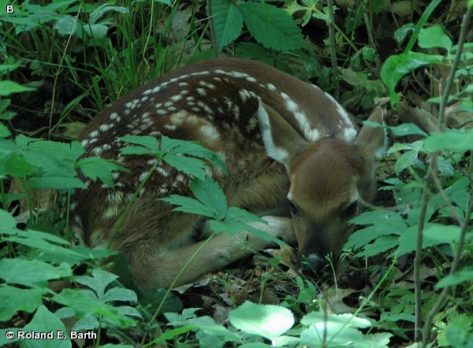 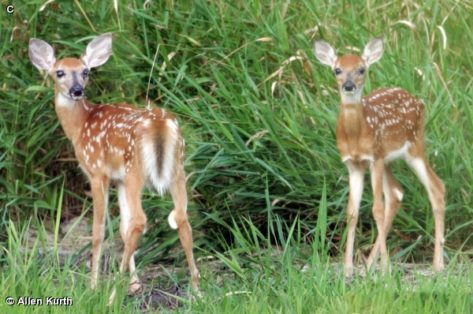 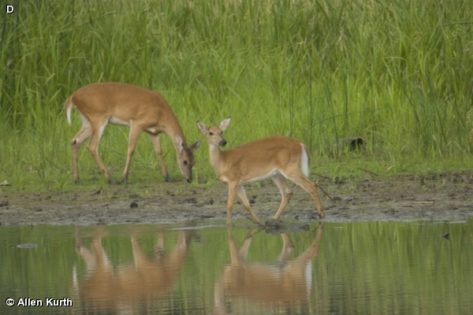 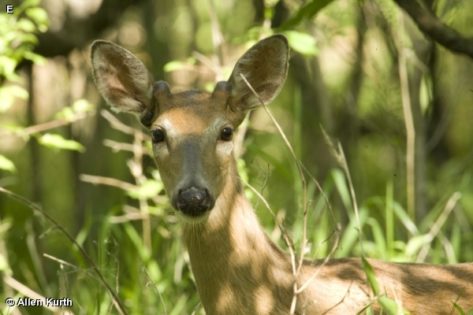 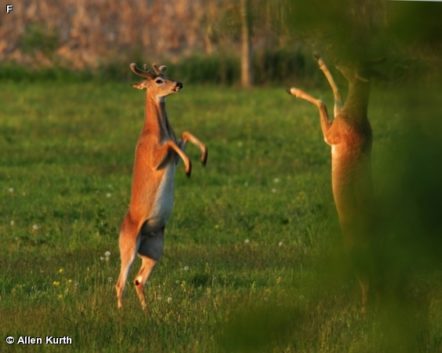 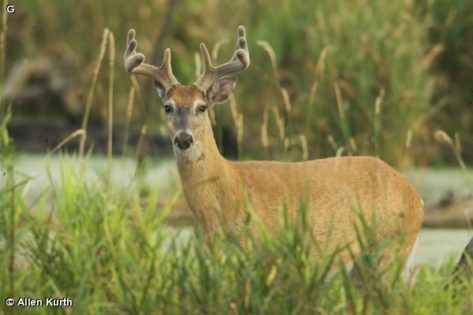 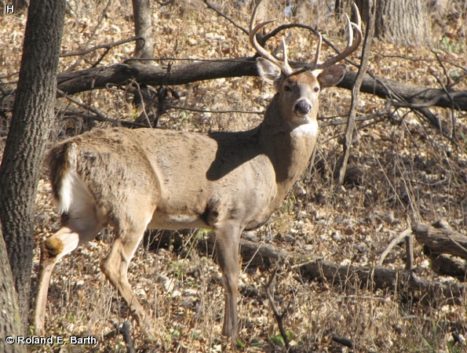 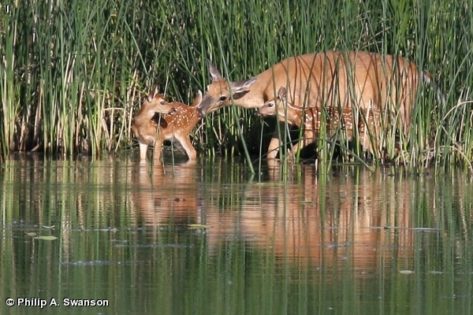 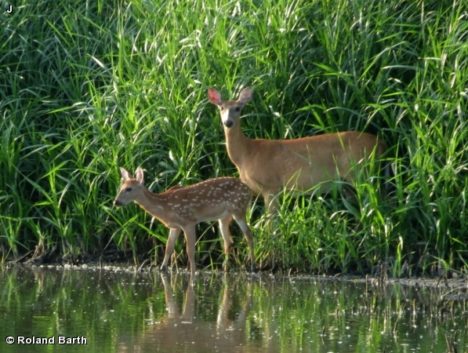 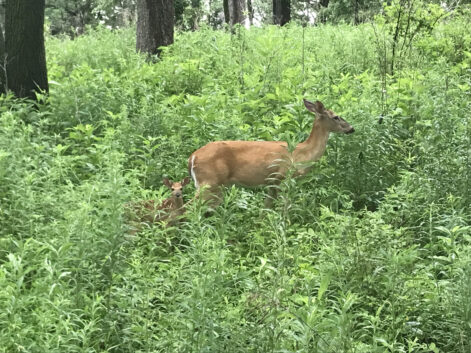