Description
The male is 46 inches long. The female is 37 inches long. The Wild Turkey is a very large ground dwelling bird with a small head, rounded wings and a long tail. The unfeathered head is bluish and the throat is red. The breast, belly, and upper back are dark. The wings are iridescent green and bronze. The male has a wattle on the throat and a fleshy growth projection on the forehead behind the bill. Overall the male plumage is more colorful and iridescent than the female. A “beard” hangs down from the upper breast, typically in males and often in females.

Occurrence
The Wild Turkey is a common year round breeding resident of the Forest. Twenty years ago a sighting of a Wild Turkey was rare but now they are common.

Comments
The male Wild Turkey fans its tail to attract females during the breeding season. The rounded wings produce powerful wingbeats for rapid take-off. It roosts in trees at night but spends most daylight hours on the ground. Ben Franklin wanted the Turkey to be the national bird and perhaps for good reason since this is the only bird in the Western Hemisphere to receive worldwide importance through domestication. 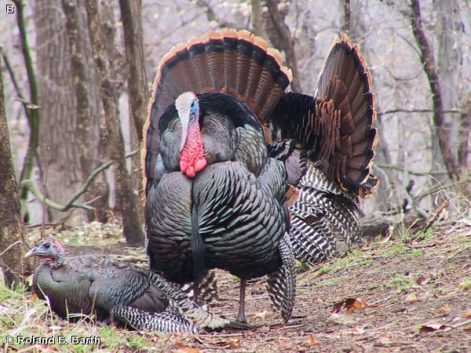 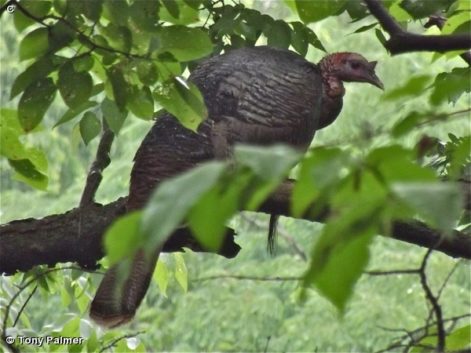 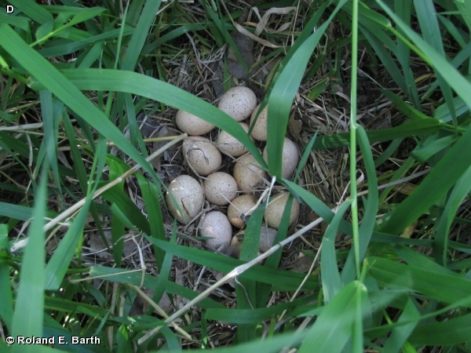 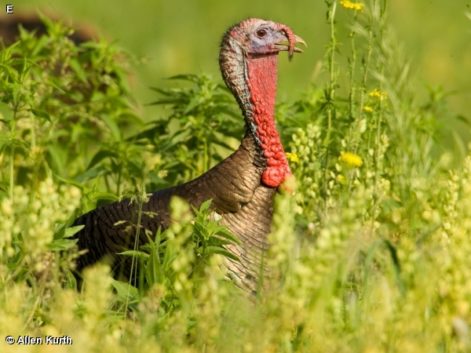 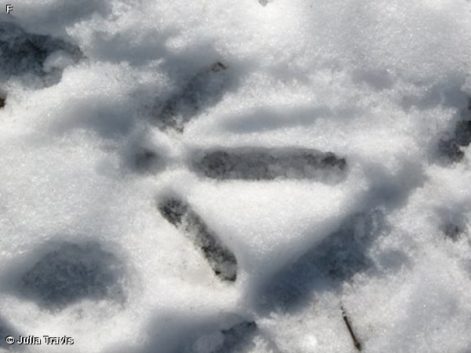 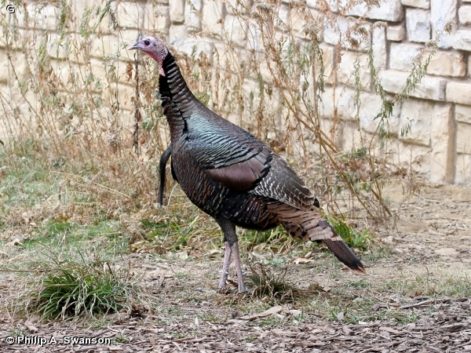 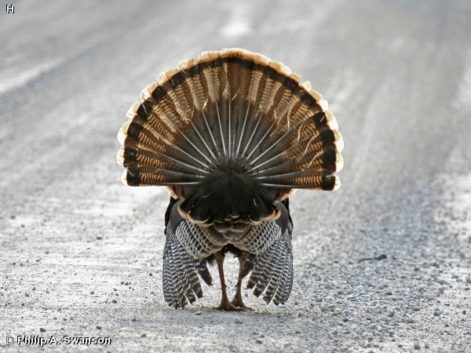